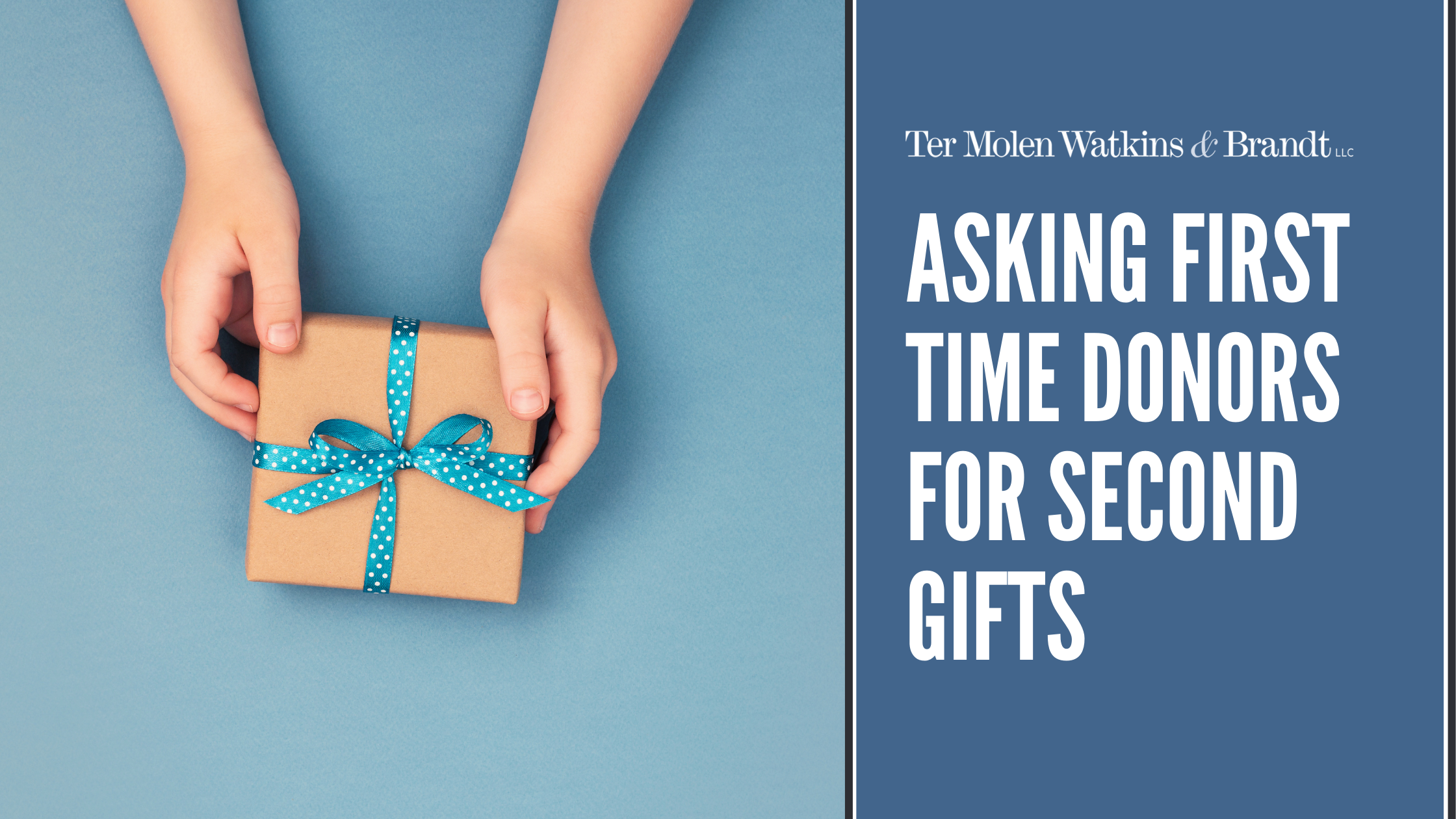 It's a question we hear a lot from nonprofit fundraisers, especially as we approach the end of the fiscal year: Should I ask donors who have already given for second gifts?

The short answer is yes. There is a good reason why, but it's the how that can make all the difference.

Why is Asking for a Second Gift from a First-Time Donor Important?

Research has revealed that only 2 in 10 first-time donors will make a second gift to the same nonprofit organization, but if they give a second gift, they are 63% more likely to give again. They move from giving because of a special event/request or fleeting inspiration to giving intentionally to support your mission.

Retention of a first-time donor averages 23% industry-wide.  It’s a challenge to surpass that rate without a second gift.  Below illustrates how quickly the donor jumps up in retention after their second gift.

Second Half of The Equation – The Value of the Current Donor

Likelihood of getting a gift:

There is a higher likelihood for current donors to give a second gift within the same fiscal year than any other kind of donor.

Preparing for the Second Ask

Before you ask an existing donor to give again, make sure that you are following donor engagement best practices, including:

If all of these steps are completed, a second ask can be made with a more successful outcome.

Some nonprofits play the “numbers game” and see revenue results from including a second ask in the acknowledgement letter. It may result in more revenue, but you can pay the price in relationship-building that might be leaving even more revenue on the table. Many donors are turned-off by appeal letters that are cloaked as acknowledgement letters and will walk away from a nonprofit that practices that strategy. They just want to be thanked. I am of the camp that prefers to keep the acknowledgement a sincere expression of gratitude.

The three ways to ask for a second gift are:

A few final tips: Matching gift opportunities perform 22% better in response-rate. Also, if your Board or grant dollars are willing to cover 100% of the over-head, let your donors know that the over-head is paid for and their gift is going to exactly what they want to support. Studies have shown a significant increase in response-rate as well as average gift when using this approach.