While leading Planned and Major Gifts at Northwestern University, I conducted a study which showed that a prospect’s past giving behavior can help to determine what type of gift a prospect might consider making. This behavior splits an organization’s prospect pool into two totally distinct camps: the “spenders” and the “savers.” 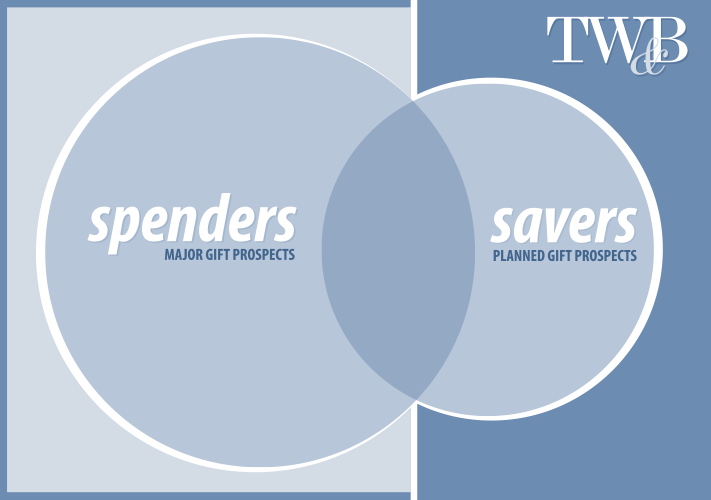 Prospects are identified as “spenders” if they are already giving at the $1,000 level or higher. “Spenders” should be considered to be major gift prospects.

“Savers” are the planned giving prospects. Many of these prospects never give, but if they do, it’s usually a small annual gift. There is some overlap between the two, with life income gifts such as gift annuities and charitable remainder trusts. Understanding the reality of the differences between the two has real and critical implications for marketing and soliciting planned gifts.

There will always be potential issues in the relationship of planned giving to campaigns. These include how to count planned gifts, although this issue seems to be much less volatile than in years past, and how to account for recognition of planned gifts versus outright major gifts in a campaign.  None of the potential issues, however, should obviate the value of creating strategies for inclusion.  The result not only helps to maximize total giving to a campaign but also allows for maximum participation in the campaign among the constituents.

Although planned and major giving might seem to be an odd couple, they can be used together to maximize fundraising results.